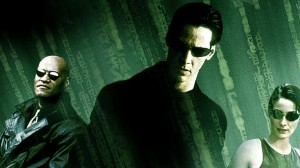 I just sat down

Am I writing a poem?

No, I’m ordering a pizza

Squint over the choice of toppings

Wipe the tears from everything’s head

Until I’m not ordering a pizza anymore

It was never a pizza I was looking for

I never really ordered that pizza

or letting you go and

I’d run out of Vonnegut novels and Jurassic Park movies

A thing that was required to answer a question like

If you had to be a tree what kind of a tree would you be?

With the instructor eyeballing me harshly

And everything at war against it

Because just: fuck em, my soul’s asshole is invincibly sensitive

At the mid-end of a horrible DC superhero movie

If I had to be a tree

Or whatever the fuck

To be called anything in the first place

(They just wanted to be left alone)

(Alone together as opposed to alone/alone)

In a room composed for the most part

Of people well practiced in the duty of ironing a shirt

Quoting Jack Nicholson in a behind the scenes documentary

Nobody in the room got the reference

Her pants and moved on

While I sat there counting the minutes

Perplexed because, shit, moving on is really hard

But she’d just done it like it was as easy

As microwaving a cold casserole of salami

The entire day had been going on in a similar fashion

And I was tired of almost everything

So I decided to go to bed

But that didn’t solve anything

I just rolled there in circles while Shutter Island

Jumped up and down on my face

As I mumbled ‘Knock it off’,

I sleep on your skull now.

What else am I supposed to do?”

The world is a wasteful place and

And a complicated cat who misses her sister

Everything that’s still left worth giving a shit about

Even post-fall and I’d been shed to the ground

I’d be the sort of maple leaf screaming

At the current wave of American Fascism

Is trying to hump through

Hanging in there on the ground, almost 7 years now

Post-the falling, trying to find my way to move on

I miss your tree