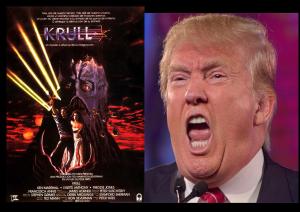 Human Flesh Is A Gateway Drug 2019

to heartbeats and cartoons,

getting stalked by Oblivion,

to Trump America and its un-repressed love

of Fascism and tight pants

to falling asleep at the bottom

of the pool again

to leaving the door open when

your heart deems it closed

to recognizing the absurdity,

that we are a species dependent upon toilets

enslaved by the science of plumbing

We have all been shit shamed

and with or without legs,

we stand for it

for the kick pedal

the song goes on until we’re gone

Are you keeping up with these politics?

Which 2020 candidate is going to be the first

one to promise to protect us

while his balls have never seen eye to eye

to Kelly Ann Conway scoliosis of the soul

and everythings-arsons signing the ashes with swastikas

to living in a world of swimming suits

when I’m infinitely terrified of being chewed

into bite size edible bits by something in the water

to the lady in front of me

screaming this morning at the self-checkout machine

Why won’t you take my nickel?!

Why can’t just this one thing go right?

to my man bag going everywhere with me

My man bag contains many pockets

What’s in this one?

a back up pen, my laptop charger

and a really old condom

that hasn’t seen the sun for so long

to trying something new by repeating yourself

to currently being movie obsessed with the Unbreakable

I was obsessed with the movie Krull

In Krull, a beast shaped face the size of a mountain

falls out of the sky, and with the help of Russian space aliens,

declares itself the smartest/richest/bestest creature in the universe.

tyranny voluntarily. Everybody else goes down fighting, laid flat

by the creatures weaponized slip of the tongue bombs, launched

cell phones, a ridiculous device that the people in this world

it to be. In Krull, Prince Colwyn is a metaphor for democracy and in a third act

attempt at bravery, climbs the big beast’s face with a morally suspect

band of space hoodlums which includes a really young version of Liam Neeson,

and even though Colwyn has a really cool pointy star shaped boomerang,

like a twenty piece bucket of chicken McNuggets. The Beast, victorious,

precedes to put its name on every goddamn building left standing, and

itself back into non-existence, everything watched over by an empty night

That last bit about Krull

I made that up

because Sarah Huckleby Sanders told me I could

it’s called a ‘slip of the tongue’

which in 2019 is a phrase used to explain

intentional lying, but in my day

it was just the name

of a pretty good Whitesnake album

to wrapping things up

because we’ve only been promised 5 minutes

to everything dying, even